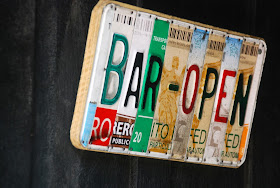 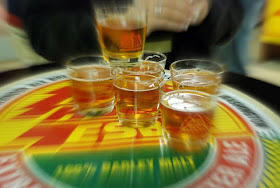 I use to say that I've not had a good beer since my trip to Washington and Portland but since I've been in San Miguel, I've consumed more beer than I have in my entire life.

If you’re counting, that would be the equivalent of about a case which in terms of beer drinkers is considered to be a light weight.

That’s me. It’s not that I don’t like beer it’s just that I haven’t had much exposure. 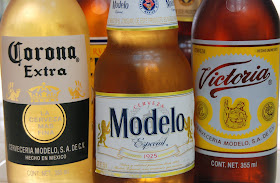 My interest in beer has peaked since I came to San Miguel not only because Mexico has always produced quality beers (even the average brews in Mexico are better than what you get in the states) but hiking the hills here can really make you thirsty.

And, since I’m not always sure where the water comes from, beer is a great alternative.

In Mexico, the craft beer industry has been coming on strong and is not about to slow down. In fact, it’s scheduled for record growth again this year. With a variety of flavors that are not only smoky but also chocolate, herbal, bitter or even fruity, craft beers have hit the main stream in Baja, Mexico City and Guadalajara and here in San Miguel.

Lucky for The Beer Company owners - Architect Liz Garcia and husband and beer expert Jose Antonio Cabrera Cano - the enthusiast are not just a growing base of 30 something’s but a wide range of very sophisticated beer drinkers... of every age.

That would not include me but I’ve come a long way since I first posted the 101 on Beer back in October, 2011. 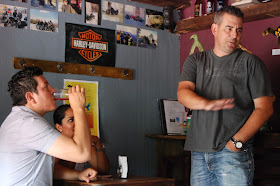 My day with Liz and Jose Antonio was one for the books. In fact, I haven’t been on a beer binge since I was in my early twenties trying to out-drink the boys at the Beer Garden in Lake Chapala on Sunday afternoon. What did I know? Back then I was drinking what was recently rated the worst beer in Mexico – Tecate. 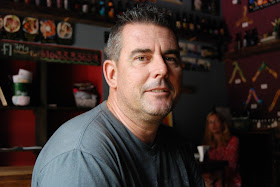 Jose Antonio had his own opinion on what was good and bad. Experience has moved him into the arena of beer professionals who really know their products. He needs to teach a class.

In fact, he knew more about beer than I could ever hope to so I was paying attention. We did not agree on everything but that was my privilege as an uneducated consumer. Or so I told myself. 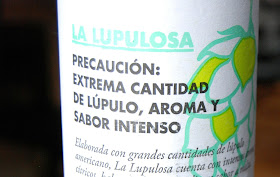 Insurgentes, brewed in Tijuana, is one of his favorites. In fact, Insurgentes came off with a big win at Cerveza Mexico with 3 out of 4 beers winning metals. La Lupulosa, an IPA won Gold, Brown, a brown ale won Silver and Nocturna, a black IPA won Bronze. 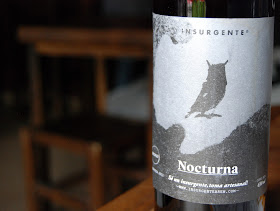 Damian Morles, half of Insurgentes creative force, says his favorite beer pairing is their Nocturna with an oversized ribeye. That made me hungry and anxious to try some of the craft beers with other food pairings.

Auga Mala is another one of Jose Antonio’s favorites, an Amber ale made in Baja that sells for 56 pesos. Honestly, when I tasted the assortment of beers, it was hard to believe they were priced well below Mexico City.

The difference between a Corona and a craft beer is astonishingly worth the extra money… especially for the added taste. 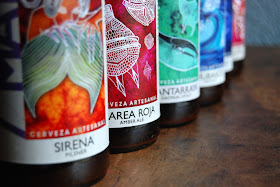 Auga Mala, a small microbrewery just 100 yards from the ocean in Ensenada, brews seven craft beers. All their names are related to the sea which I love. Auga Mala is the jellyfish that floats off the shores of Ensenada and Marea Roja was created back in 2005 when Ensenada experienced a massive red tide.

Marea Roja was described by beer experts as “bright amber with a soft amber head which leaves a fine filigree on the glass as it recedes. Its aroma of peaches, apples and honey is nicely balanced by its maltiness. Its flavor is in tune with its aroma.” Yikes, have I got a lot to learn. 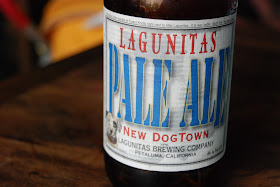 Another one of his favorites was Lagunitas Pale Ale but that didn’t count. It's not Mexican.

A beer from La Cerveceria Hacienda was the first beer I tried and I picked it strictly on the label. I love Catrina, a symbol of Day of the Dead in Mexico, but the beer did nothing for me. 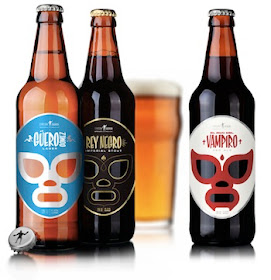 While we’re on labels, Cervecería Sagrada has some of the best with a design inspired by Lucho Libre, Mexican professional wrestling known for its elaborate masks. It won Label of the Year at the International Beer Awards in Prague back in May of this year. This was the only craft that The Beer Company was out of. 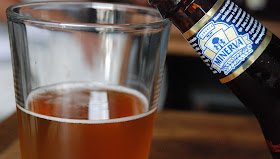 One of my favorites was the Minerva Colonia Clara. Of course, it’s from Guadalajara so I might be slightly prejudiced. Minerva was also the fountain that I sat under every day to study when I was lived in Guadalajara. There is a long history here so I also selected it based on the name. In fact, I imagine that there are a lot of inexperienced beer drinkers who pick a beer based on the label or the name.

Minerva achieved notoriety among the brewers of the world by winning Gold at the World Beer Cup in 2010.

Jesus Briseno, one of Mexico's craft-brewing pioneers founded Cerveceria Minerva. He opened the brewery after he took a semester off from college to study at the Siebel Institute of Technology and World Brewing Academy in Chicago.

Hum…a Chicago connection. That may be another reason I loved the beer. 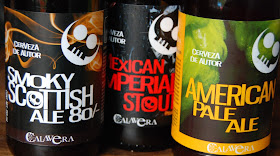 Cervecería Calavera is bottling eight beer styles, including seasonal beers such as its "Yule" Christmas beer. 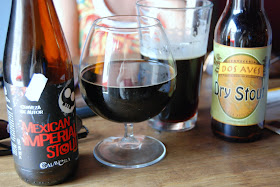 But look at the difference on the head of the Calavera and the Dos Aves after resting for awhile. 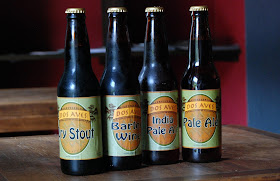 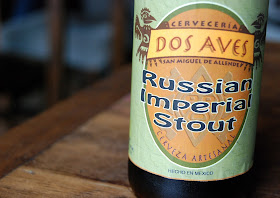 While the Beer Company’s tap and local craft beer Dos Aves was really delicious, making beer is a combination of both art and science. For instance Fat Dog, another local craft beer on tap, was a two year project and was in its third version before it ever hit their menu.

Speaking of holiday beers, The Beer Company will have a Christmas brew of their own. 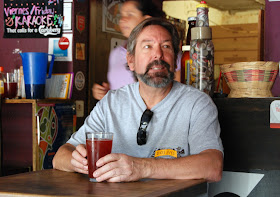 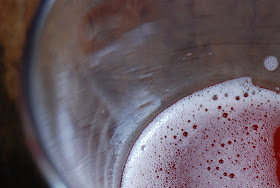 While I was there, brewmaster Mark Taylor came in with a pitcher of red for everyone to try. This was an early version of the holiday brew and the consensus was that it should be a little sweeter. Back to the microbrewery for round two. 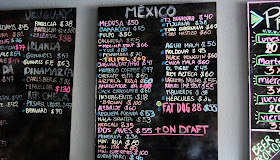 So after tasting what seemed to be all of the beers at The Beer Company (not even close with a variety of over 150 available) what do I think of Mexican craft beer?

With 140 more to go I figure I should wrap this up about September 15th…just in time for the Mexican Independence day holiday.

Holiday? Did someone say holiday? Just another excuse to go back to The Beer Company so bring on the cerveza!

Visit the The Beer Company at:

Expo Cerveza Mexico City – September (FYI, the 2-7th. That’s today if you have not already booked your ticket!)