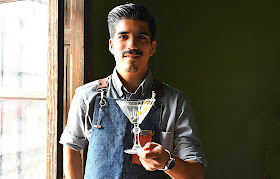 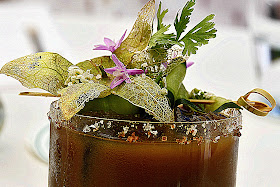 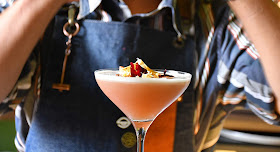 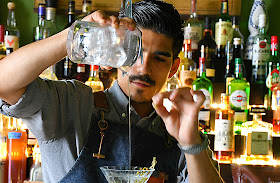 We discovered Bar Margaret, a charming, tiny spot in the front of Hotel Amparo, one of the small, luxury hotels of the world, where our good friend, Gabriel Avila, creates cocktails with selective, Mexican spirits. We’ve known Gabriel for five years; he’s also in culinary school, studying to be a chef. In fact, we’ve enjoyed more of Gabriel’s cocktails over the years than any other mixologist in SMA. Gabriel recently built the best Bloody Mary called a Green Snapper, made with tomatillos and gin instead of the customary tomato juice and vodka. We also love his alcohol-free cocktails with flavors so complex, you wouldn’t even notice he omitted the spirits. 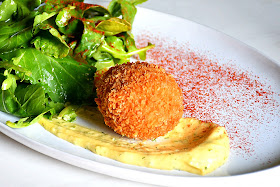 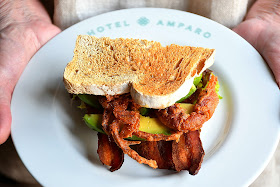 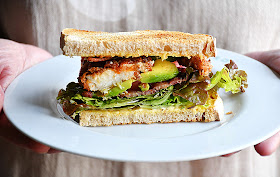 We started out with the bar appetizers; there are six on the bar menu. Try a panko-coated, fried deviled egg, the corn-covered bone marrow or the Softshell Crab BLT sandwich; all of them delicious. 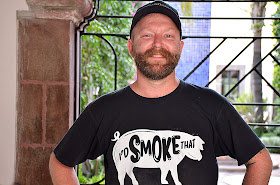 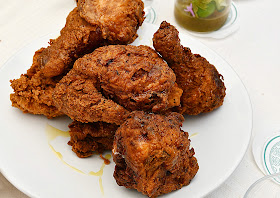 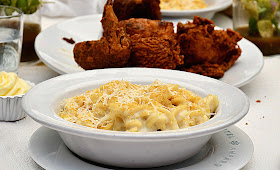 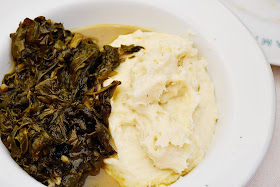 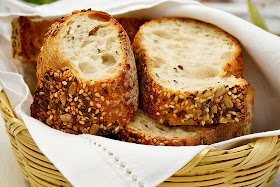 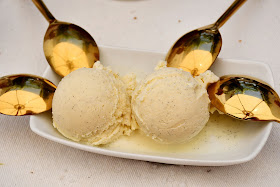 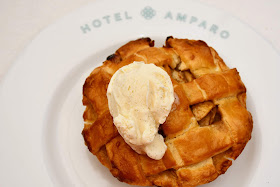 The chef, Kenten Marin, has Midwest roots and has cooked all over the world. He creates some of the best Southern comfort food including a Southern Honey Fried Chicken Dinner ($400 pesos) that’s served on Sunday with mashed potatoes (yes – they’re russets!), greens, macaroni and cheese, apple pie and the most incredible bread, all made in-house. The meal reminded us of Big Jones, a Southern restaurant in Chicago, who made a delightful, soulful fried chicken dinner. Chef Marin has a small but convincing set of menu choices, with many southern dishes including Shrimp and Grits. The chicken is also available during the week with mashed potatoes and greens for $250 pesos. It’s now on our top ten list in SMA.

About the hotel: Owners Taylor Goodall and Mariana Barran de Goodall have put their heart and soul into this beautiful hotel. In fact, Mariana Barran de Goodall commented that she has wanted a hotel since she was a little girl. The building, at Mesones #3, historically the mayor’s private residence, is over 300 years old and showcases Spanish colonial architecture with mid-century furnishings from around the world, including France, India and Denmark. Mariana Barran Goodall is the founder of Houston-based Hibiscus Linens. She teaches the art of embroidery around the world; a talent she learned from the nuns at her private school growing up in Monterrey, Mexico.

Eugenio Alvarez Gallardo, General Manager of the Hotel, was an Executive Chef at Restaurant Cabernet in Guadalajara and a Tequila Master, who came from Casa Dragones in San Miguel de Allende.

Note: This post begins a series called "30 Reasons to Love San Miguel de Allende Right Now" which will be published in July, 2019. More photographs from Bar Margaret will be included in that article.