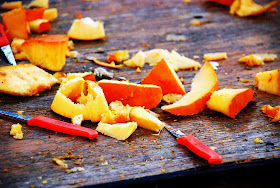 Highwood was out to break the Guinness World record by lighting 32,000 pumpkins on Saturday.

I met Mayor Charlie Pecaro on Friday morning with his two boys who were dressed in their Halloween costumes and had just been interviewed by the Chicago press.

Here is a peek at what led up to the event when people spent four days carving the pumpkins.

This little town has come a long way. Highwood has not only had a huge facelift recently but it’s been doing some really amusing events to showcase their beautiful slice of Americana. 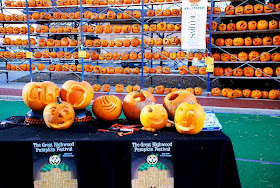