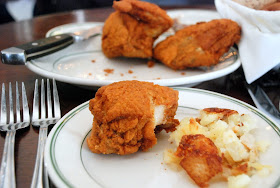 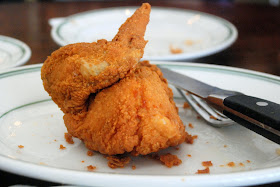 With all the recent press on Joe's Seafood, Prime Steak and Stone Crab's fried chicken I had to go see for myself.

One publication named it the best fried chicken in Chicago. I was just coming off the trip to Big Jone's and refused to believe there was any fried chicken that was better.

Both were the same price- $16 – but Joe's chicken was served solo and Big Jones - well you saw all the sides that came with our meal. 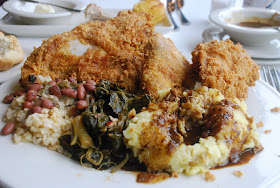 I was right about Big Jone's. Nothing was superior to a recipe that included leaf lard and ham hocks. It's still the best chicken recipe ever.

What Joe’s did have that I valued was terrific service, great atmosphere and a huge plate of Crab at the next table that I would have killed for.

Which just goes to show that I should not listen to the critics next time and go with my gut.